Googol Mathematical term for the figure 1 followed by a hundred zeros, after which Brin and Page named their company (complete with spelling mistake).

4 Number of people in the company when it started (in a garage in Menlo Park, California, in September 1998).

19,604 Number of ‘Googlers’ (employees) worldwide, many of whom work at the ‘Googleplex’, the kooky HQ in Santa Clara, CA.

70:30 Ratio of male to female employees.

60% Proportion of worldwide internet searches made on Google.

86% Proportion of total UK searches made on Google.

25,000 Number of web pages indexed by Google early on; today it’s in the billions. Each time the company catalogues the web, the index grows by 10-25 per cent.

£0 Amount it costs Google staff to eat (breakfast, lunch and dinner are free).

1 Days per week Google engineers are encouraged to spend on other projects that interest them. Google News is said to have resulted from this policy.

112 Number of languages Google ‘speaks’, allowing users to set their homepage to Latin and, of course, Klingon.

1 million+ Number of CVs sent to Google every year from would-be employees.

As we all know, its always important for any website at any part of the world to being in TOP 10 in Search engine ranking pages (SERP). Now its very open , That Google being the most dominating search engine till now, so everyone wants to be rank among top 10 in google. but its always not easy due to high volume of  competition on particular word/keywords and one have to work very hard to be among Top. now the Question is that what should do now, if your site is not being ranked in top 10 in google despite a lot of your efforts and money that you have already invested in SEO of the site ? Should you have to stop trying more………….

Definitely not…You should continue with your optimization work, however you can switch your views and strategy little bit here. let see… Having a hard time ranking in Google? Why not try optimizing for Yahoo? After all, Yahoo commands over 22% of the search market – and 22% of billions of users is quite a lot!

Because Yahoo’s algorithms are a few years behind Google’s, it is often easier to get a decent page ranking in Yahoo. And fortunately, many of the factors that give weight to your Yahoo ranking are not even considered by Google, so you won’t have to worry about Google penalizing you for keyword stuffing.

Follow these simple tips and your pages will soon be well optimized for a great Yahoo ranking:

1. Your title tag should contain your keyword phrase and should be 5-7 words long. You should also limit your title tag to no more than 70 characters.

3. Your keywords tag should have your main keyword phrase at the very beginning, be no more than 250 characters long. You should also have no more than three repetitions of a single keyword.

4. Your url (filename) should contain your keyword phrase as closely as possible.

6. All images should include alt tags and, if at all possible, the alt text should contain your keyword or keyword phrase. (But be careful not to sacrifice accessibility in favor of keyword stuffing.) All images should be optimized to decrease page load time and encourage spider crawling.

7. Your inline links should include your keyword phrases as part of your linked text and should refer to pages that are also optimized for the same keyword. When linking to pages within your own web site, use the full url web address instead of relative web links.

8. You should build up multiple (as many as possible) one way links from relevant pages optimized for the same keyword. When ever possible, encourage your linking partners to use your keyword phrases as their link text.

9. Be sure to publish an XML sitemap and a Robots.txt file. Keep your sitemap updated on a regular basis, especially as new pages or new posts are added. 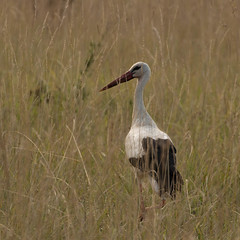